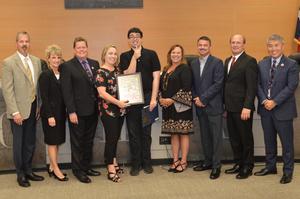 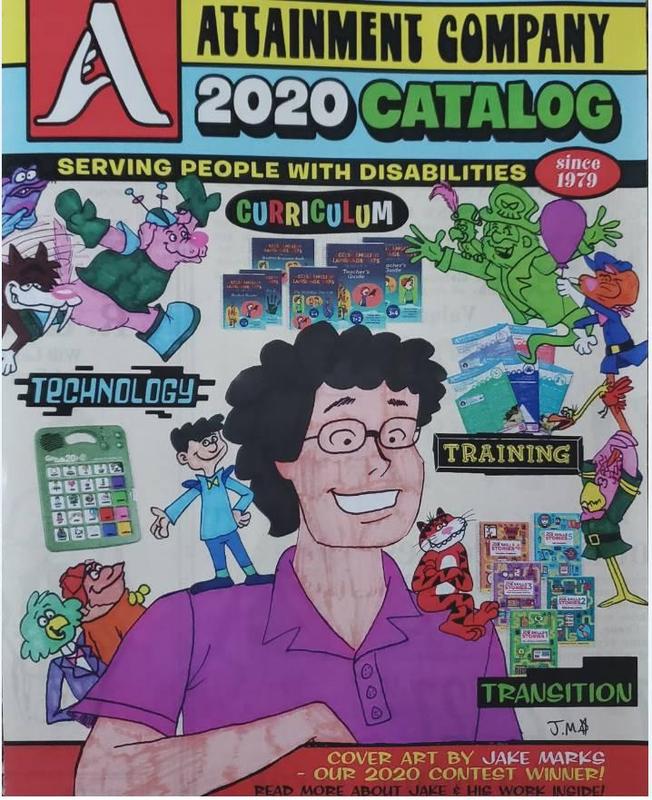 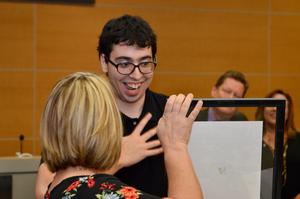 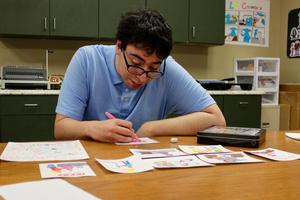 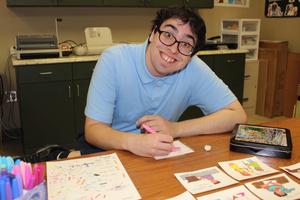 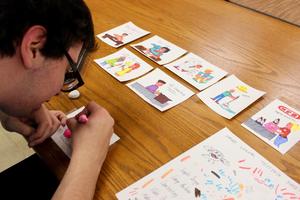 A Comal ISD student has become the first student in Texas to win a nationwide contest for his original artwork. His illustration will soon grace the cover of a curriculum catalog.

Original artwork created by a Comal Independent School District student will be featured on the cover of the Attainment Company’s 2020 catalog after being selected through an annual catalog cover contest.

Jake Marks, a 20-year-old Comal ISD student in the district’s Life Bridges Transition Program, won the contest with his submission depicting this year’s theme, “What inspires me to learn?”

In addition to his artwork being featured on the cover of the upcoming catalog, Marks also received $500 and is the first student from Texas to have ever won the nationwide contest. He was recognized during the September Comal ISD Board of Trustees meeting for his honor.

“Jake is an excellent illustrator and submitted several original illustrations including one for the cover design,” said Karen Schulze, a job coach for Life Bridges.

Marks has been a student in Comal ISD since he was in elementary school and joined Life Bridges two years ago. Life Bridges is a program which helps students with disabilities who are 18 to 21 years of age. It provides transitional services for students who have completed their public-school education including independent life skills, vocational training and more.

The Attainment Company develops curriculum for people with disabilities.