Shining the Spotlight on Theater Education in Comal ISD 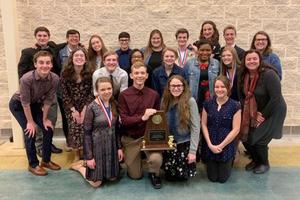 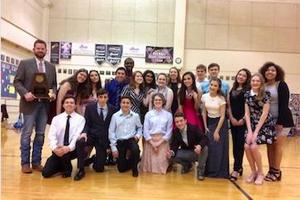 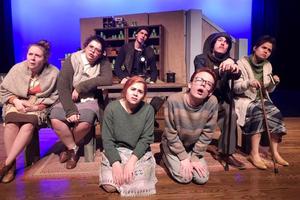 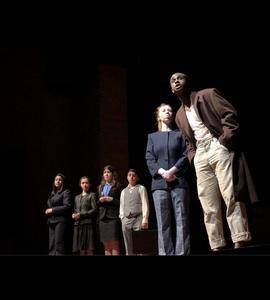 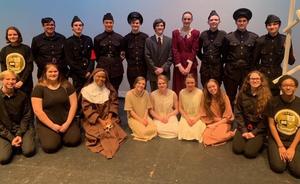 High School UIL One-Act Play competitions continue, and all three Comal ISD campuses have advanced with three distinct plays. Performing and learning what it takes both on stage and behind the scenes is what theatre is all about.

Theater in schools is much more than actors on a stage. Theater education builds a student’s confidence, empathy, problem-solving skills and teamwork. It also often uncovers hidden talent and leads to careers never before considered.

In Comal ISD, both middle and high school campuses offer theater programs for students who learn much more than the elements of a play, stage direction or even lighting; they learn to work together.

“I believe that theater education offers two important lessons,” says CISD Fine Arts Director Carla Schumann. “The first is teamwork, and the second is problem solving. On stage, you are on your own out there, and you have to work together. You also learn empathy by placing yourself in the shoes of your character.

“We always say, ‘put yourself in someone else’s shoes,’ and that is literally what you are doing when you act. This is a skill set that is very important to have,” Schumann says, “and it is a good outlet to communicate different viewpoints.”

Besides acting on stage, in order to put together a performance, directors must also teach students about the technical aspects of the theater from sound and set design to wardrobe and lights.

While every high school campus’ theatre department presents performances throughout the year, each focuses on its UIL One-Act Play performance in the spring.

Competing in the 4A UIL One-Act Play competition, Canyon Lake High School recently won bi-district for their play, “The Cripple of Inishmaan,” a dark comedy.

They will compete in the 4A Area contest Monday, April 1, at Canyon Lake High School, which is hosting the competition. CLHS will be the last performance of the contest, which begins at 3 p.m. with six schools participating. Good luck!

Canyon High and Smithson Valley High compete in the 6A UIL One-Act Play competition and they both advanced recently from the Zone and District contests and are competing in the Bi-District contest Wednesday, March 27, at Clemens High School in Schertz. The contest consists of six schools. SVHS competes at 1 p.m. CHS will perform in the fifth slot around 5 p.m.

CHS is performing “Edith Stein,” about Stein who was a Jewish intellectual who converted to Roman Catholicism, joined a Carmelite nunnery and was martyred at Auschwitz. Subsequently beautified by Pope John Paul II.

SVHS is performing “Gint,” about a man, Pete Gint, living in the Appalachian Mountains in 1917, who spends most of his time lying, drinking and getting into trouble, but he is determined to become something great.

In the words of William Shakespeare, “All the word’s a stage, and all the men and women merely players.”

Photo 1: The CHS One Act Play cast competed in the District 6A UIL One Act Play Contest and advanced to Bi-District.

Photo 2: The SVHS One Act Play cast competed in the District 6A UIL One Act Play Contest and advanced to Bi-District.

Photo 3: CLHS theatre department performs, "The Cripple of Inishmaan," for its UIL One-Act Play competition and will compete in the Area 4A UIL contest on April 1 at CHS.